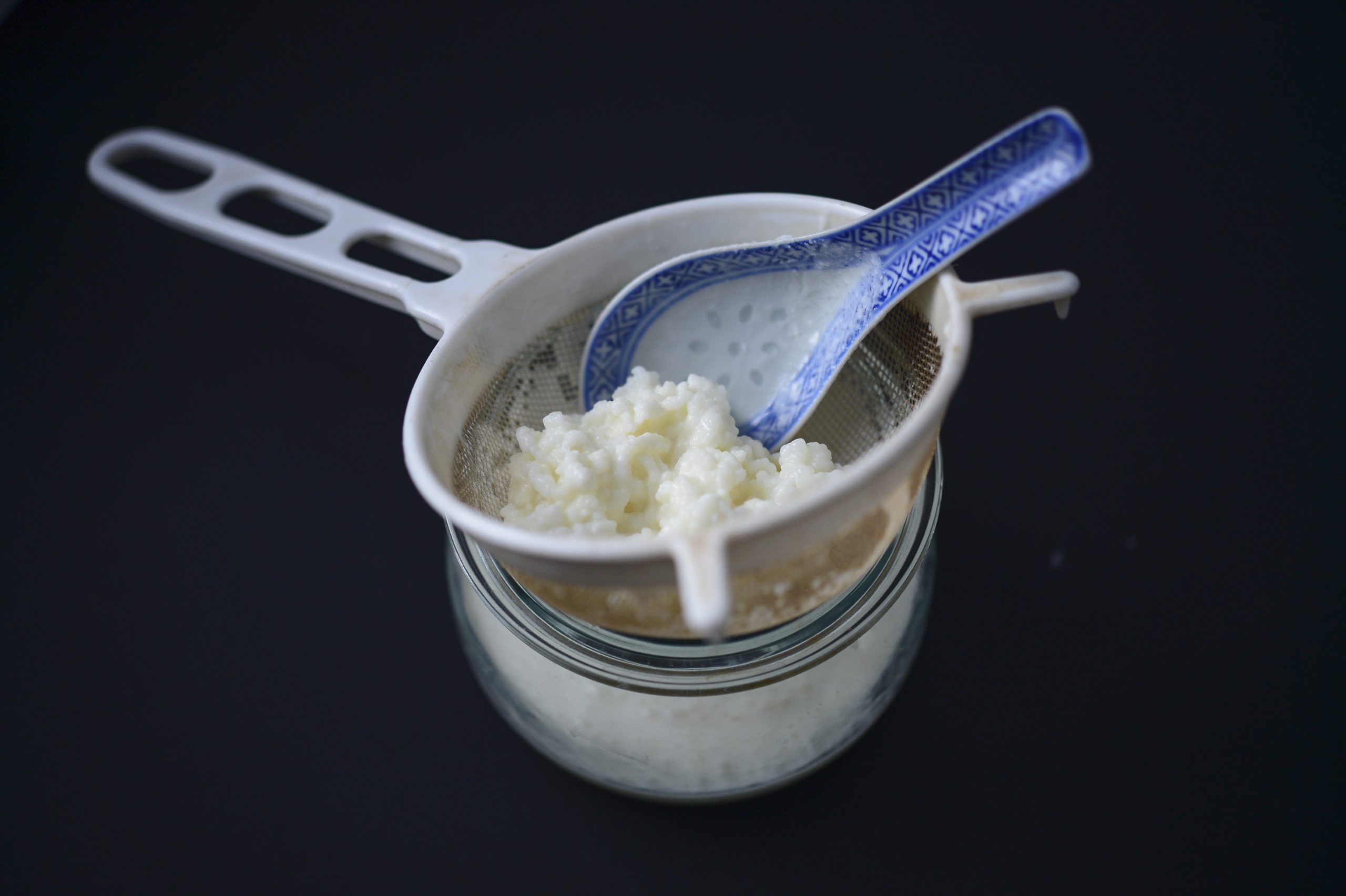 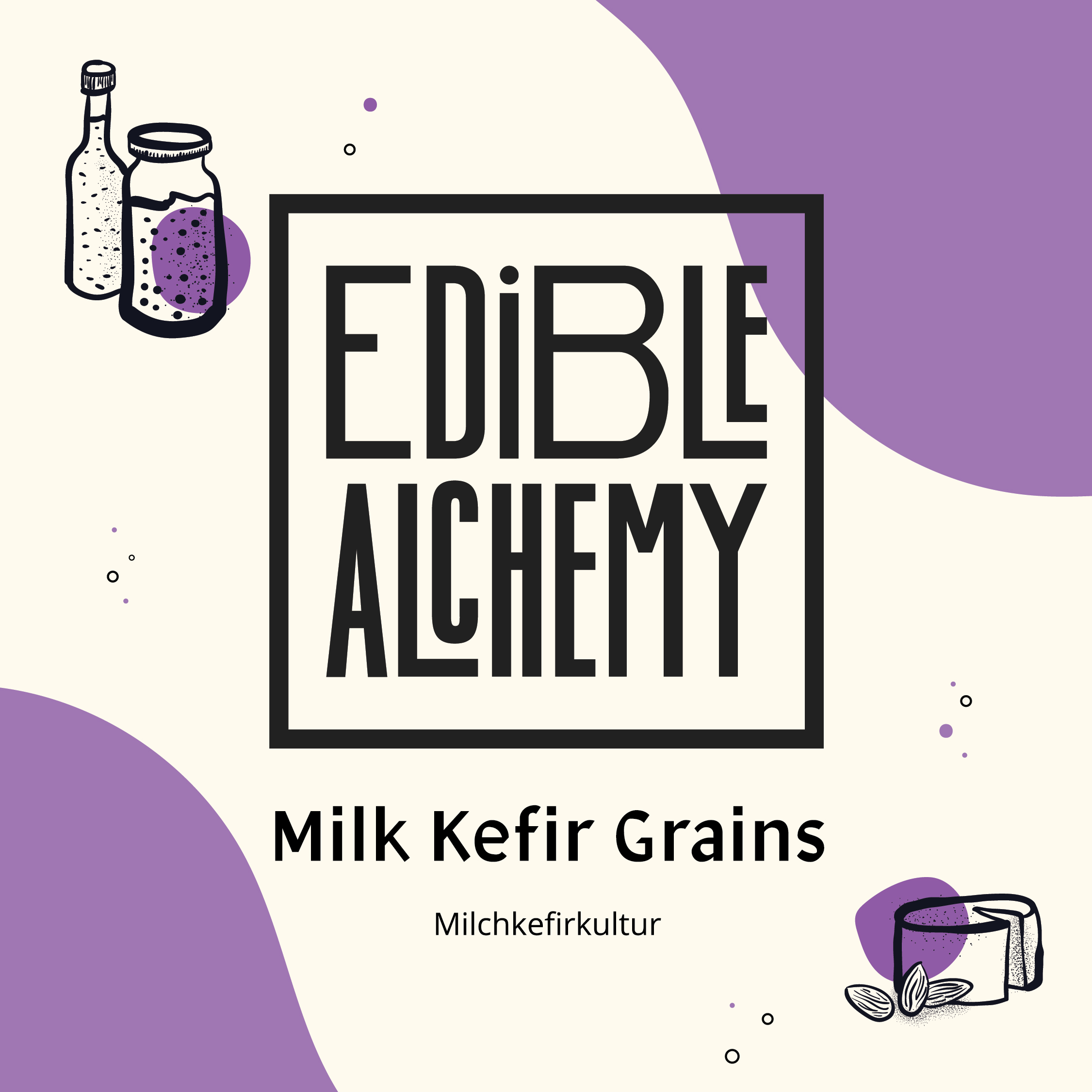 Hello Yalactic! Tell us a little bit more about how you got to where you are today. How did you end up in Edible Alchemy’s Microbial Circus?

Well, what can I say, I have been a prized culture for eons. My story goes way back. In the good ol’ days I would traverse the Caucasus Mountains in leather artisan bags of milk, happily splashing my way from region to region. I never really got to see much of the surrounding scenery because I was kept busy culturing milk into creamy substances. Kindred spirits would sometimes remove me from my flasks and bathe me in fresh milk before carrying me further along. I was always treated well, always cherished as a trusty companion.

My most memorable caretaker was a lovely and motivated young man from the Balkans. We were close comrades for many years. Then one day, out of the blue, he handed me to a stranger. I was instructed to keep very quiet and sit still for a long journey across many seas to a far-off land of hope and promise and multiculturalism called Canada. Before sealing my top, they warned me that, if I was found, I would be confiscated and killed. That particular journey did seem far more drawn-out than usual. But I had a tremendous amount of respect for and trust in my caretaker, so I heeded his command.

That’s not to say I found the ride enjoyable. I cursed every minute of it. By the time I arrived in this powdery white galaxy far far away, called Newfoundland, my mood had begun to sour. As did my taste. And then, to add insult to injury, my travel guide took me out of my container and fed me the most blasphemous-tasting milk. The label on the funny bag  that he poured it from had the words ‘FRESH’ deceptively sprawled across it in giant letters. No clue what planet those Canuckleheads had been living on, but that milk was certainly nothing like the unadulterated, creamy goodness I used to be fed from glass bottles back home. I could sense that something strange had been done to it.

In fact, it wasn’t until several years later that I would overhear someone explaining to a Frenchman that Canadian milk was always heated up using an otherworldly-hocus-pocus-mumbo-jumbo method called ‘pasteurization’. It took me quite some time to get used to. Not that I had a choice, really. Eventually I came ‘round and, albeit under protest, entered a new growth spurt. My owner proudly rewarded me by gifting a handful of my grains to another family. What can I say, I’m quite adaptable.

Although I was used to this process, I admit I was a wee bit worried at this point because the last trip had been so very strenuous. He did warn me that the folks here weren’t familiar with my ways—my taste, my appearance, my slime. They were more familiar with bacillus bulgaricus. But I persevered. When my A-Day (adoption day) finally rolled round, a lovely young woman named Natalie showed up and took me with her on a bus across the city of Winnipeg. 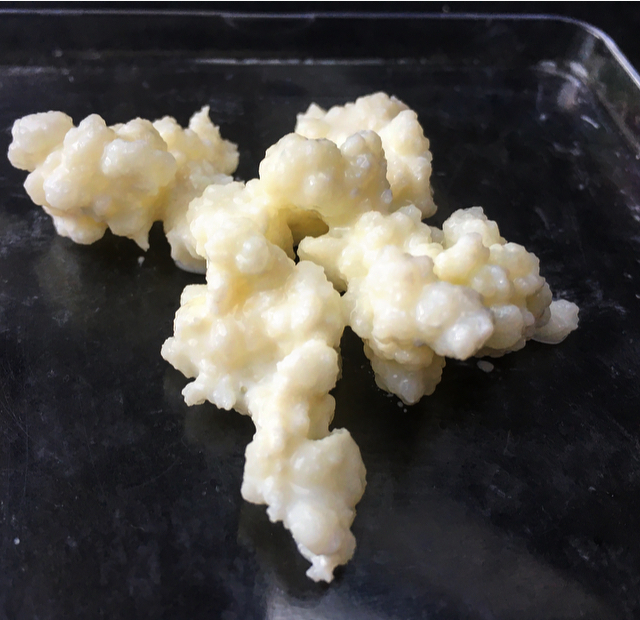 From the first moment I set foot in her kitchen, I was delighted to discover that I wasn’t alone. All sorts of other SCOBYs and freaky caricatures decorated her shelves and lined her countertops (I would later come to learn that this was the Microbial Circus in the making). It was almost a bit intimidating. I definitely felt shy when she gave me my first bath, but I worked hard not to show it. Good thing it was milk.

She seemed to know what she was doing. In the lead up to my first meal, I could sense that I was in for a surprise of sorts. And oh boy was I in for a treat. Suddenly, my grains were enveloped in a familiar thick, yellow mass. Colostrum! Oh how I had missed that lactose-rich cream of first mothers’ milk! What a feast! What a treat! That night, I munched and munched like I’d never munched before, as happy as a SCOBY could be.

The next morning, she was astonished to find that I had joyously TRIPLED in size! I knew I would make her proud. She was so excited, took a big part of me and gifted me to another friend, just like that. And so—from one microbial house to another—I came into Alexis’s possession. Little did I know she too had some exhilarating travels in store for me. Long story short, my life would come (almost) first circle and I ended up back in Europe. I wholeheartedly enjoy being this much closer to the milk of my earlier days. I have since been shared with many more homes and have even had the pleasure of meeting some of my own relatives that were off on travels of their own in far-off destinations, like Mexico and beyond. 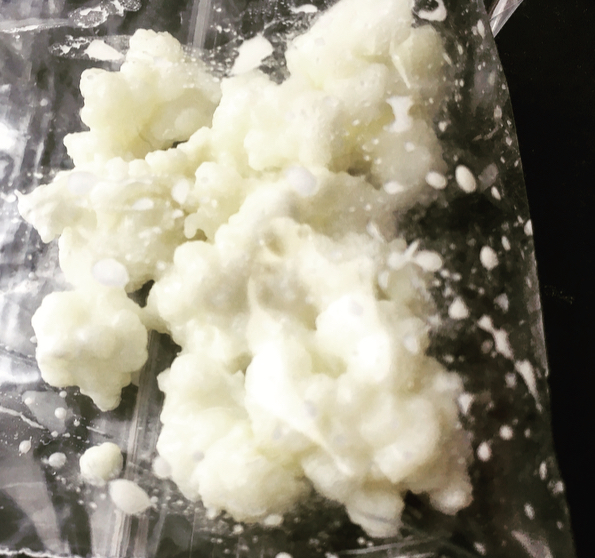 People often confuse you with your water kefir (distant cousins, perhaps?). What do you have in common? In what ways are you different?

Well, for starters (no pun intended), we’re both Symbiotic Colony of Bacterias and Yeasts (SCOBYs). However, while I nourish my soul with lactose, water kefir feeds on glucose and fructose, making it dairy-free. Not to boast or anything but I also contain lots of lactase enzymes, whereas water kefir does not. I’m also more probiotically potent, meaning I bring even more diversity into your microbiome than my aquatic counterpart. Water kefirs typically have between 10 and 15 different strains of healthy bacteria, whereas I can contain up to 50. It’s also worth mentioning that I’m especially cherished by people who are sensitive to lactose because they find it much easier to digest milk-based products after I’ve had a go at them first. 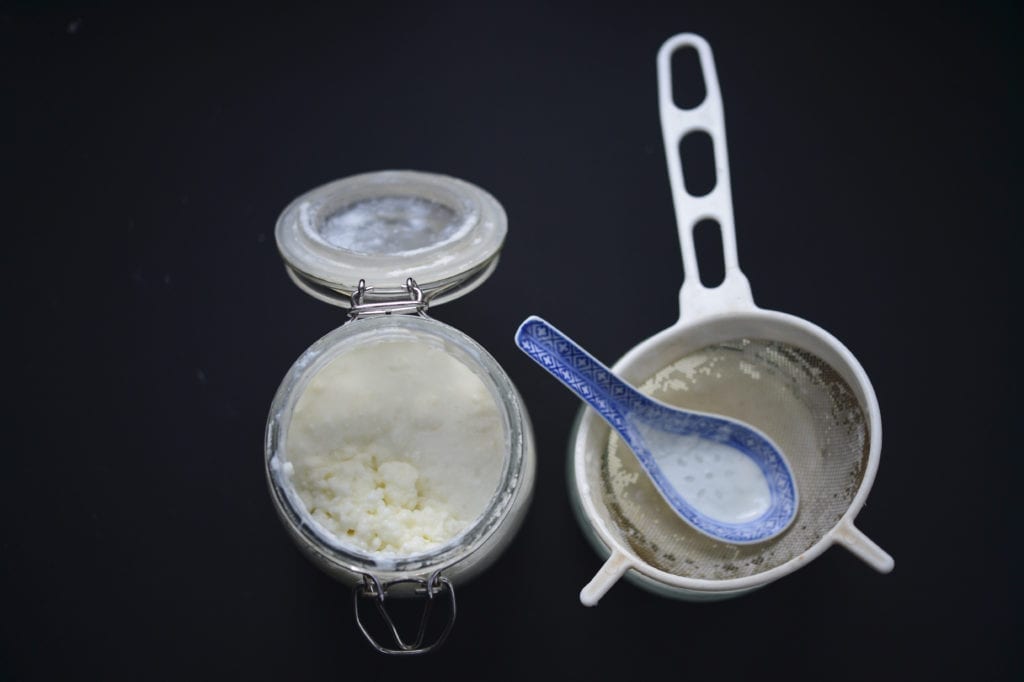 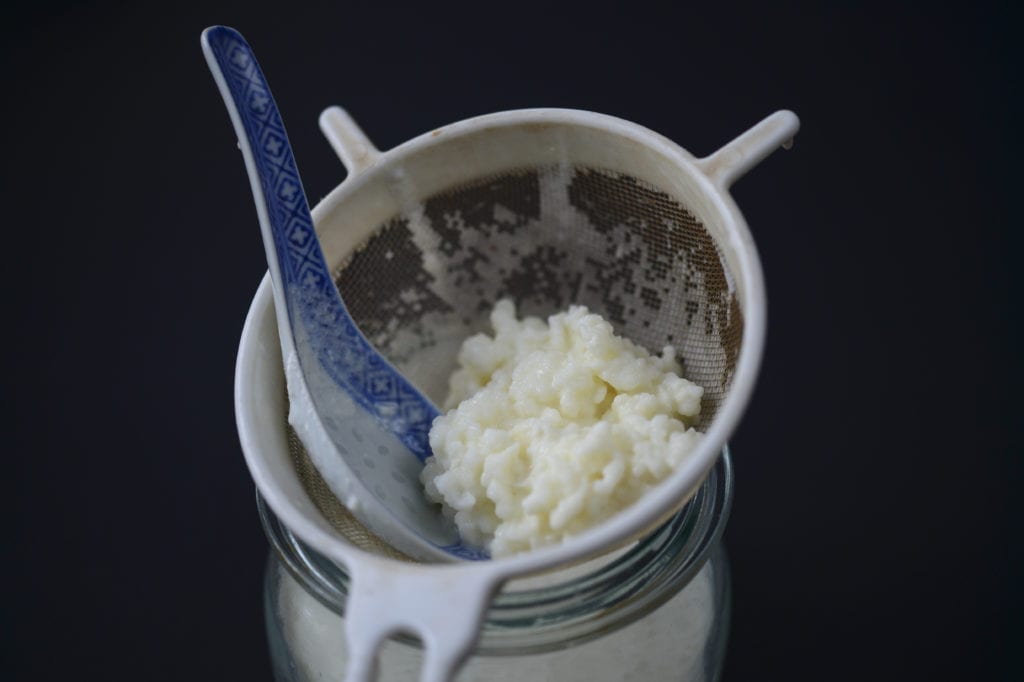 Okay, so far so good. But then what’s the difference between milk kefir and yogurt?

Since you asked, I’m more like a yogurt drink, while also less thick than bacillus bulgaricus, my Bulgarian cousin, or Matsoni, my Georgian brother.

Many yogurts (not all) are thermophilic cultures, meaning they need to be incubated in around 30°C heat for some 8-12 hours. I, however, am a mesophilic culture. This means that I can consume lactose and transform milk into tangy, thick and probiotic kefir without the need for raised temperatures! Yes you can ferment me on your countertop or even in your fridge. Whatever floats your boat is fine by me.

Also, in yogurt cultures, the yogurt carries the culture within its own sustenance. But me, I am a SCOBY, meaning I am culturally independent from the final products I produce. Because I’m a mixture of bacteria and yeasts, I can digest other simple sugars, and thus am sometimes able to transform coconut milk, oat milk and whatever else is trending on your dairy-free shelves these days. That being said, I certainly am not and never will be fully vegan, so you’ll need to make sure you give me my traditional lactose fix from time-to-time. 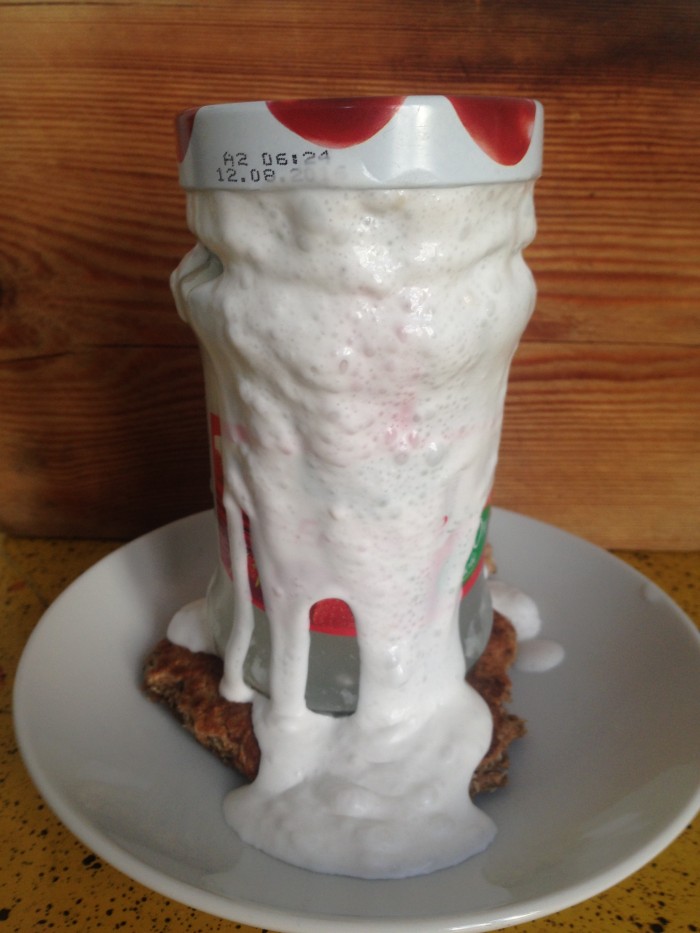 Share one of your most exotic acts of late with us!

Ooooooo goodie, my top three would definitely have to be:

Fun fact: If you ever get your hands on colostrum (the first form of breastmilk produced by new mothers – animal milk at best 😉 ), I can triple in size overnight! Colostrum is loaded with lactose, minerals and proteins which make the babies it’s meant for, and myself, thrive. A true labour of love, if you ask me. #thanksforsharing 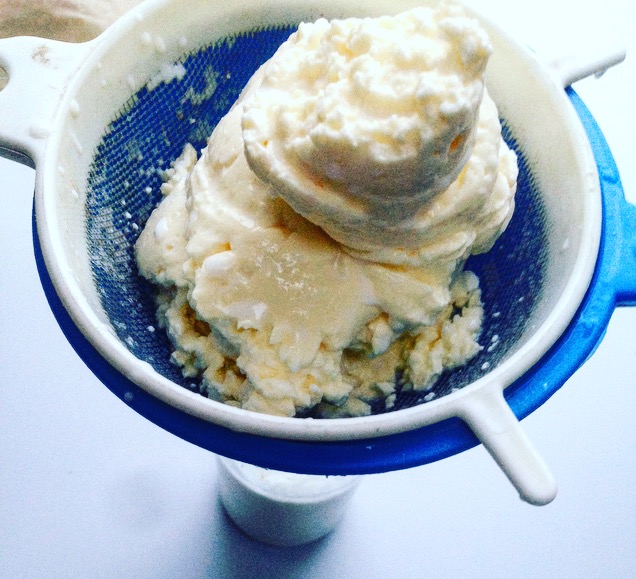 Become the proud owner of your very own Yalactic milk kefir grains.

Start your fermented drinks journey today and learn how to make kombucha, ginger beer,water kefir and wild sodas in our Online Academy.

In Celebrating Cultures, we sit down with some of our favourite artists from our Microbial Circus. If you are new to this exotic freak show, this series is a fantastic opportunity to really get to know our dearest and wisest sourdough starter, Cornelius, our lively kombucha SCOBY, Snowflake, and our eccentric water kefir colony, Harries. And for those of you who know them oh-so-well already, we’re confident you’ll learn something new about each along the way.